EAPGS Home
Pattern Index Home
Pattern Lists
-- Pattern Details
Browse by Maker
Browse by Motif
Browse by Shape
Advanced Search
CRYSTAL AND HONEYCOMB (AKA)
• AKA:
• Unknown Maker, Introduced: c1870's
• NOTE: Terri Frauzel 2021: Both Metz 1, pg44 and Unitt’s 2, pg39 list this as Crystal and Honeycomb, non flint of the 80’s.
So either it was made in both flint and non flint, or both were mistaken in labelling it as non flint.
Because the goblet I have is flint without any question, so it would be reasonable to assume this pattern goblet was first made earlier in the 1860’s/1870’s.
• Motifs: (Diamonds), (Panels), (Honeycomb) 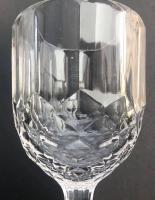 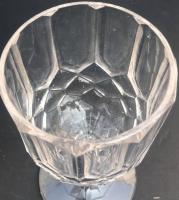