EAPGS Home
Pattern Index Home
Pattern Lists
-- Pattern Details
Browse by Maker
Browse by Motif
Browse by Shape
Advanced Search
UNITED STATES GLASS CO. No. 15094 CALEDONIA (OMN)
• AKA: Cannon Ball; Pinwheel
• United States Glass Company (Pittsburgh-PA, Operated: 1891-1962) , Introduced: 1906
• NOTE: Sid Lethbridge: Introduced by US Glass c1906, by 1907 only a few items of No. 15094 appear in the US Glass catalog. Then the pattern starts to appears in 1907 Federal Glass assortments in various wholesaler catalogs. On top of that, a full line of this pattern appears in a c1914 Federal also designated as No. 15094. So what was going on? The Beattys were serial pattern copiers beginning at Beatty-Brady and continuing the practice when they founded Federal. Did they just hijack the pattern? Or did US Glass decide that this line was not successful and dump the moulds to Federal who were selling to the low end of the market? Lots of questions, no answers.
• Motifs: (Diamonds), (Ovals, Pointed), (Stars, Spinning-Whirling) 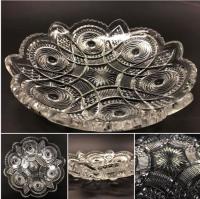 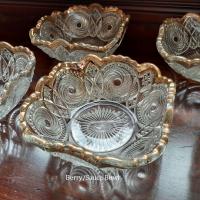 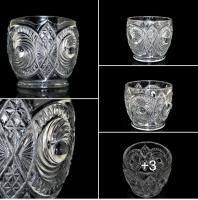 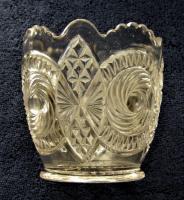 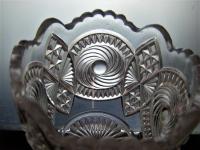 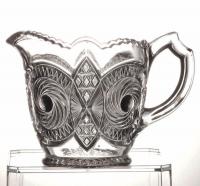 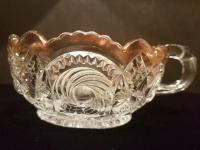 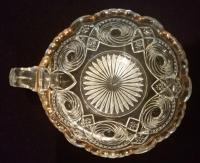 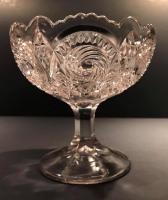 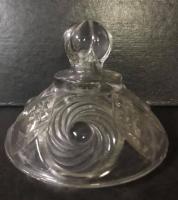 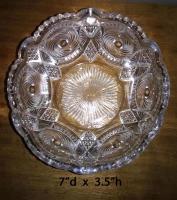 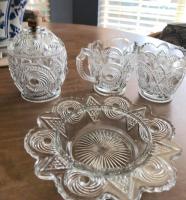 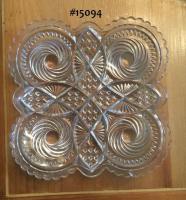 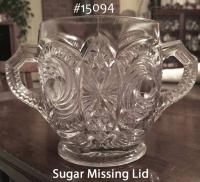 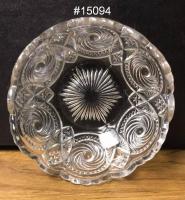 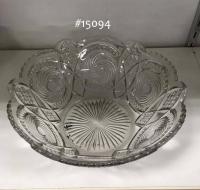 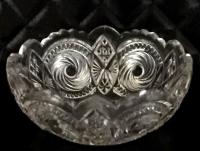 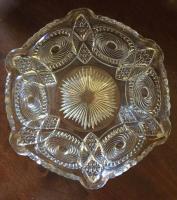