EAPGS Home
Pattern Index Home
Pattern Lists
-- Pattern Details
Browse by Maker
Browse by Motif
Browse by Shape
Advanced Search
IMPERIAL GLASS CO. No. 582 (OMN)
• AKA: Fancy Colonial; Optic and Buttons
• Imperial Glass Company (Bellaire-OH, Operated: 1904-1984), Introduced: 1914
• NOTE: Kathy Conn Turner: The design was registered in July 1914, and was the first Imperial pieces to have the "iron cross" trademark. The initial "iron cross" was to have arrows on each end of the bar. ...All pieces produced in this pattern until 1931 are marked with the iron cross with the cross bars at the end of each bar. The pattern was first shown in Imperial catalog 100D, which, although undated, has been documented to be from 1914-15. In the introductory letter for the 100 series catalogs, Imperial introduces this pattern and indicates that it will consist of 150 different articles. A copy of catalog 100D has not surfaced yet, but catalog 101D from 1915-17 (is included here). It shows 100 different articles in this pattern. Unsure when gold was added.
• Motifs: (Bands/Rings), (Beads/Balls) 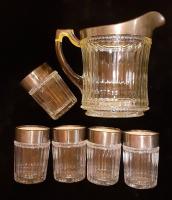 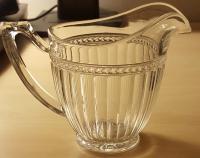 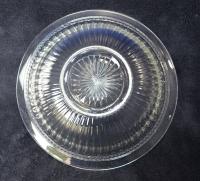 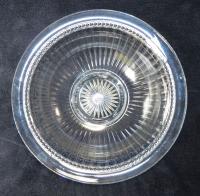 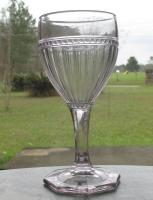 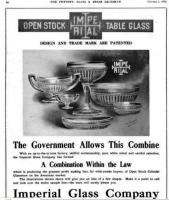 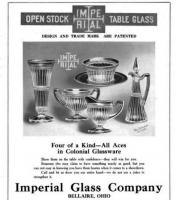 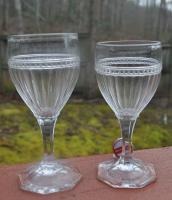 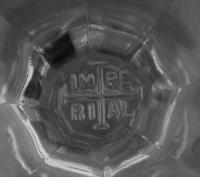