EAPGS Home
Pattern Index Home
Pattern Lists
-- Pattern Details
Browse by Maker
Browse by Motif
Browse by Shape
Advanced Search
CANADIAN (AKA)
• AKA: Park
• Unknown Maker, Introduced: c. 1883
• NOTE: Sid Lethbridge: The (aka) Canadian pattern appears in an illustrated advertisement in the October 1883 issue of the Chicago Illuminator. The wholesaler called it the Park pattern which may or may not be the OMN. The Canadian pattern is a fairly extensive line and many of the various pieces can be found with two different sets of scenes! This is likely the reason that Ruth Webb Lee introduced some confusion when she stated that there were two patterns – Canadian and Cape Cod – with the same shapes but with the latter having water scenes and the former landscapes. There is general agreement that there is just one pattern not two and that it should be called Canadian and the use of the Cape Cod name be eliminated.
• Motifs: (Plants/Foliage/Trees/Vines ), (Scenes), (Stippling) 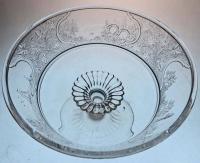 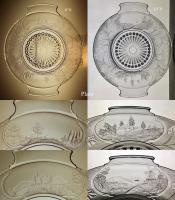 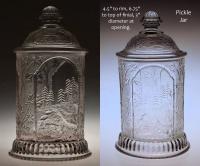 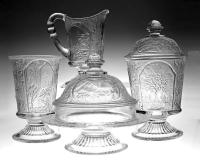 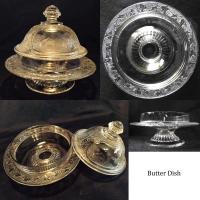 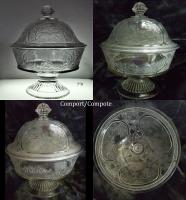 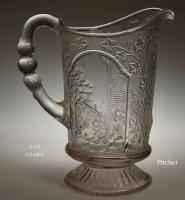 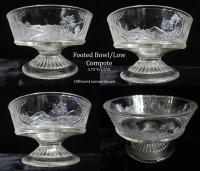 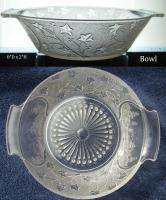 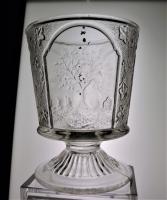 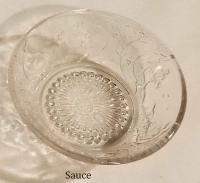 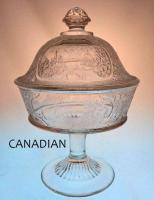 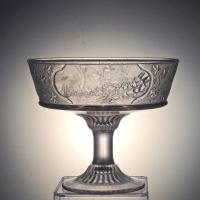 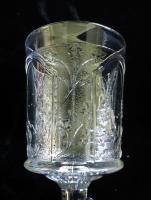 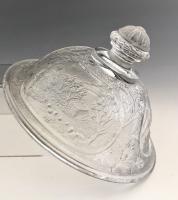 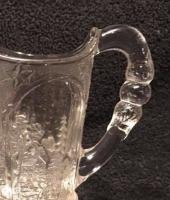