NOTE: Robin Hainlen: the base for the Dewey bust is the round ribbed base. It is the same base that is used for the Ribbed dish and the attribute is to the Indiana Tumbler and Goblet Company. Colors for this dish are Amber, Crystal, Opaque white,Emerald green and teal blue.

NOTE: Jason Kendall: it is Dewey Bust with Base. It was Indiana Tumbler and Goblet (Greentown) OMN Unknown. The Dewey Bust was mentioned in union records in 1899. And yes, the dish is the same for both [covered ITGC 5 oz dish and the Dewey bust] 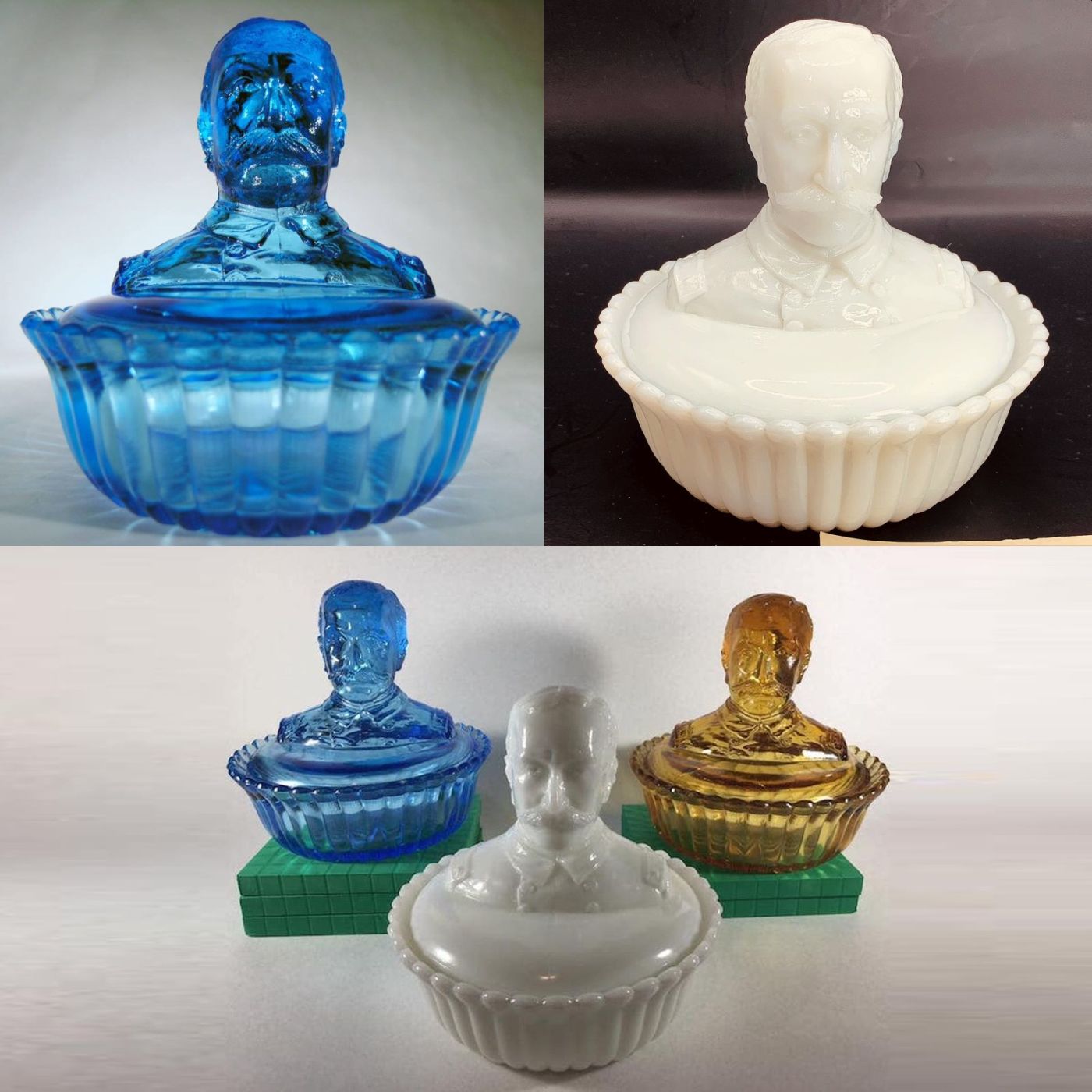 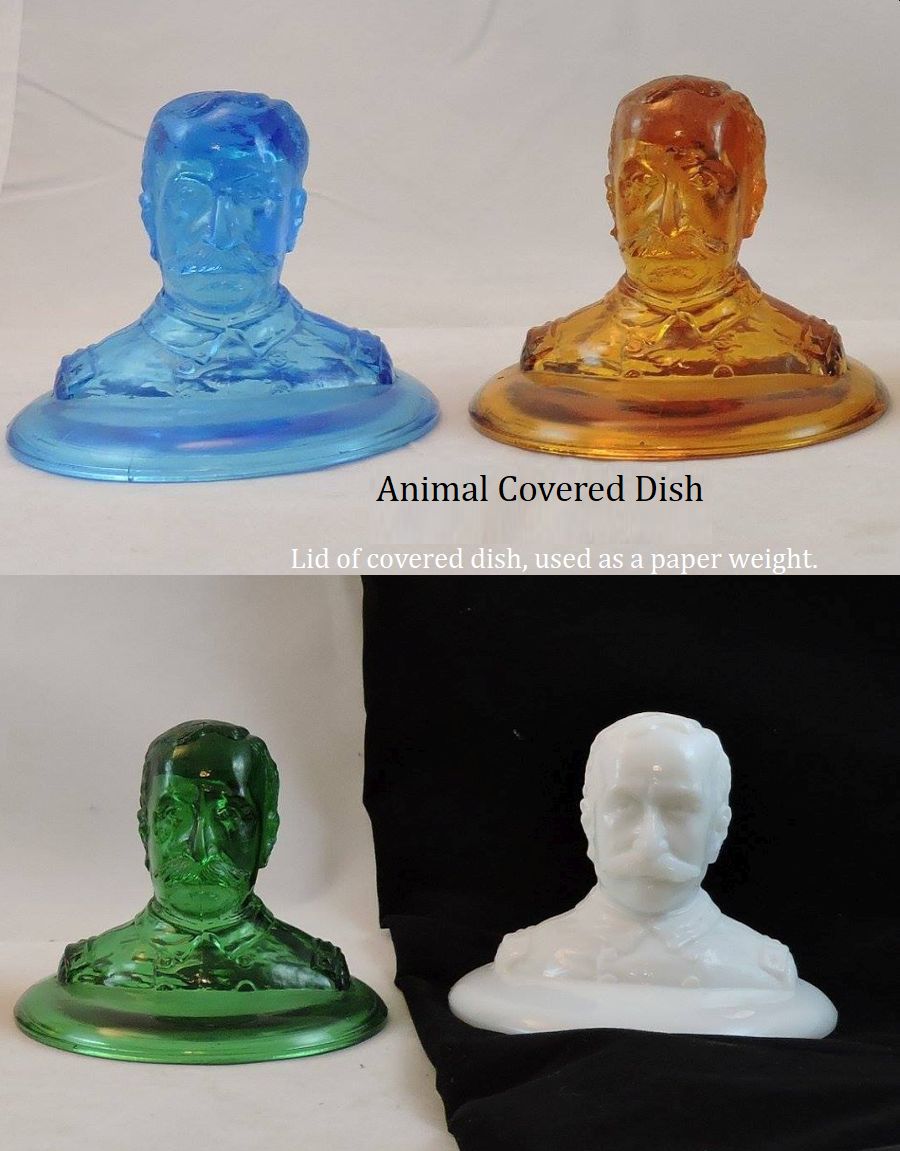