NOTE: Paul Kirk Jr 2019: "...the lamp is shown in Cambridge Glass Company catalogs as No. 2340. The correct shade is an inverted bowl with cut out for chimney (the chimney in the photo above is not original, but is interesting--see later note), and is Cambridge's No. 2351 design. Cambridge undoubtedly got the mould via National Glass Company. The base is also known in green and marigold carnival. Some feel the carnival examples were made, or at least iridized, by Millersburg. Probably not likely, as other Cambridge patterns are found iridized."
NOTE: this pattern was made earlier in EAPG period and is known as KENNETH (OMN). 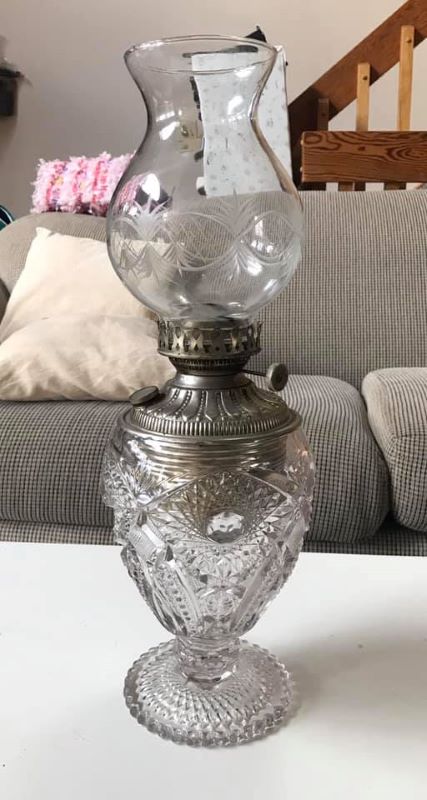 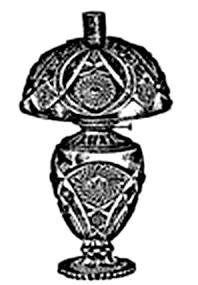